Bread & Butter stages theatre in San Francisco, with a focus on intimately staged small-cast plays. Our productions include Red (2018), The North Pool (2019), Funeral Game (2020), and the upcoming Skylight.

Bruce Avery is a Bay Area actor, director, and Theatre Arts professor at San Francisco State University. His PhD is from UC Santa Cruz, where he also worked as Dramaturge for Shakespeare Santa Cruz. His recent directing credits include Marisol, Learning Alone, Pericles,  Much Ado About Nothing, and Venus in Fur at SFSU, along with As You Like It, and A Midsummer Night’s Dream for Bread & Butter Theatre. Recent acting credits include Red and The North Pool (Bread & Butter Theatre), the Bay Area premiere of Sam Shepard’s Particle of Dread (Anton’s Well) and Dennis Shepard in The Laramie Project (SFSU). His favorite Shakespeare roles include Gravedigger and Polonius in Hamlet, Old Capulet in Romeo and Juliet, and Peter Quince in A Midsummer Night’s Dream. www.bruce-avery.com 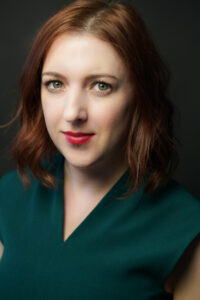 Lana Palmer is a Canadian-born, San Francisco-based film and theatre maker.  Her directing credits include Red and The North Pool (Bread & Butter Theatre) and The How and The Why (Bay Area Critics Circle Nominee, Best Production of a Play).  Her short plays have received staged readings and productions at Playwrights’ Centre of San Francisco and PianoFight, and her full-length play Funeral Game was produced by Bread & Butter Theatre in 2020.

As a sound designer and composer, she is proud to have worked with many leading companies in the Bay Area and throughout North America. Her recent credits include Man of God (Shotgun Players), References to Salvador Dali… (Custom Made Theatre), and In Love and Warcraft (American Conservatory Theatre/Perseverance Theatre), King Lear and Pericles (San Francisco Shakespeare Festival), Bull in a China Shop (Aurora Theatre), The Humans (San Jose Stage), The Daughters (SF Playhouse), and School Girls; or The African Mean Girls Play (Kansas City Rep/Regional Premiere).

She holds an MBA with a leadership emphasis (Queen Mary University of London), BFA in Film Production and BA in Film Studies  (University of Regina), and a Graduate Certificate in Audio Post-Production from Fanshawe College. She is an alumna of the UCLA Professional Programs in Screenwriting and Television Writing, the RIFF Talent Lab, and the Canada Games National Artist Program. Lana is a proud member of SAG-AFTRA, AEA, and the Dramatists Guild.