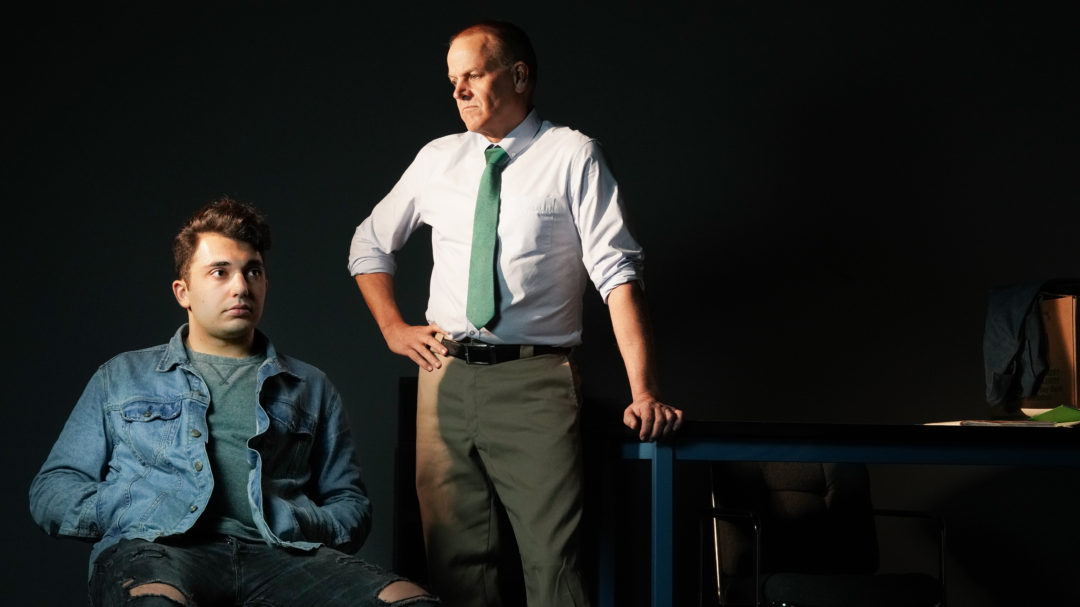 ‘THE NORTH POOL’ PULLS US IN

Tension builds, as we wait, breathlessly, for the next reveal…
Fascinated, we feel secure in the hands of two masterful actors, who never let us down. In that simple school room, Rajiv Joseph explores love, privilege, and the struggle for self-forgiveness.

‘THE NORTH POOL’ IS AN ENGAGING PLAY BETWEEN TWO BROKEN HEARTS

Palmer’s engrossing, entangling direction, builds the secrets and the suspense behind a passive aggressive interrogation. She keeps her two actors at odds and the audience guessing on who is in real control. 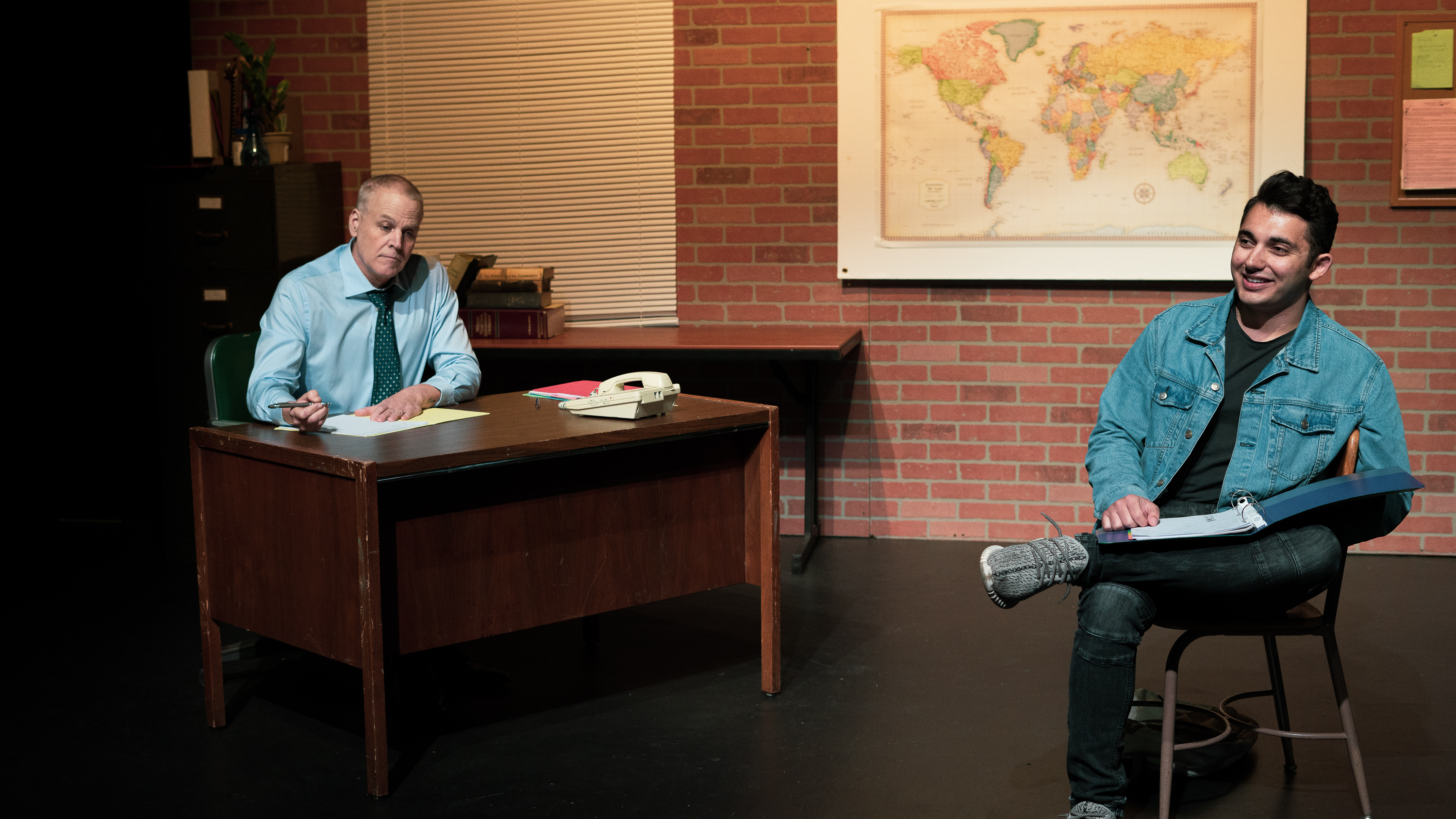 At the midpoint of the play, Dr. Danielson compares people to onions: layers upon layers. As he states, “Nobody’s contained by a rumor. Or a census, or or diagnosis or… anything, when you think about it. And if that’s so, then all we really have left is perception, isn’t it? Perception becomes reality. The onion is still the onion, no matter how many layers you peel off. Even if there is so much underneath.”

To Khadim, this may seem pedantic, or worse, nonsensical. But the onion, along with the hidden North Pool, form an important metaphor. When we meet Dr. Danielson and Khadim at we see them as stock figures: Student, Vice Principal. Our perception of these characters and their relationship changes as the play progresses: Fascist Vice Principal, Maligned Middle Eastern Student, and perhaps dangerous, out-of-control Vice Principal and equally dangerous young man.

But when all of these layers are stripped away, we are left with two humans, both struggling,both in need.